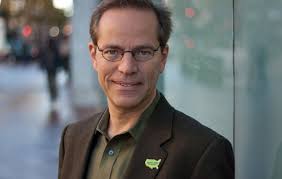 Kevin Surace is a well known Silicon Valley entrepreneur and a disruptive innovator, awarded Inc. Magazine’s Entrepreneur of the Year, listed as one of the top 15 innovators of this decade by CNBC, awarded Tech Pioneer by World Economic Forum–Davos, nominated as Innovator of the Year by PlanetForward and inducted into the Innovation Hall of Fame.

He has been awarded 24 patents and is credited with pioneering work on the first human-like voice user interface, the first cellular data smartphone, the first mass produced high R-value windows, the first soundproof drywall, and many other innovations which have become commonplace today.

He has been featured in nearly every major publication including BusinessWeek, Time, Fortune, Forbes, and CNN as well as nearly every major network. He has keynoted hundreds of gatherings from INC 5000 to TED to the halls of Congress.

Kevin Surace is currently CEO of Appvance, a technology company which is disrupting the way enterprises improve the quality, performance, and security of their software and applications.

At Serious Energy he led the organization to retrofit some 70,000 projects for improved comfort and energy savings including upgrading all the windows in the Empire State Building and the NY Stock Exchange, shipping over $500M of Serious-invented products by 2015.

Kevin received his BS in Engineering Technology from Rochester Institute of Technology and serves on their Board of Trustees.