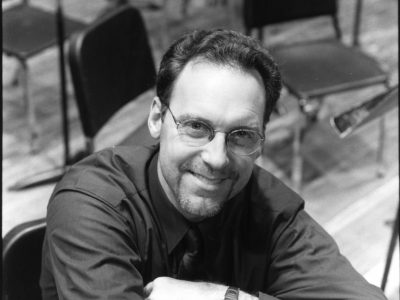 As the director of the “Wildcat” Marching Band, the group captured an unprecedented twelve consecutive New York State Field Band Conference National Class State Championship titles from 1989 – 2000. From 1989-1991 his groups received Certificates of Marching Excellence from the National Band Association.

Besides his duties at West Genesee, Bill has held the position of Guest Lecturer for the Marching Band Techniques course at the Ithaca College School of Music.

As a marching music adjudicator, his affiliations have included the New York State Field Band Conference, Bands of America, and Drum Corps International. Davern was a member of the Brass Staff for The Cadets Drum and Bugle Corps.

A native of Syracuse, New York and a graduate of the West Genesee program, Mr. Davern has earned degrees from Ithaca College, Syracuse University and SUNY Oswego. He has served on the executive boards of the Onondaga County Music Educators Association and the New York State Band Directors Association. He is a Past-President of the NYS Field Band Conference and was a board member of the Bands of America National Contest Advisory Committee.

In 2001, Bill was recognized by the Greater Camillus Chamber of Commerce and Eagle Newspapers as their “2001 Citizen of the Year,” and in 2002 was the first recipient of the Syracuse Area Music Awards (“Sammy”) for Lifetime Achievement in Music. Bill lives in Syracuse with his wife of 26 years, Patty, and his two sons, Shawn, 21 and Matthew, 19; all avid bandies!