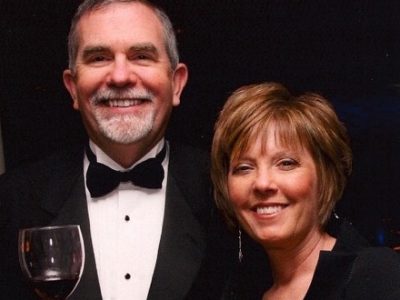 Jack was raised in Syracuse, NY and is a 1966 graduate of West Genesee.

Jack was a member of the marching band when West Genesee won its first field band show in the spring of 1966 at the Sherburne Pageant of Bands and in the summer of 1966 when the band won its first NYS Championship in Albany, NY.

Jack graduated from SUNY Cortland and during his college years worked with the West Genesee marching band and color guard. He also played baritone with the Syracuse Brigadiers and Rochester Crusaders drum corps.

Jack became the program coordinator for the marching band in 1975. He coordinated the music, drill, color guard and set all practice schedules.

During his 21 year tenure as coordinator, the band won 19 out of 23 NYS Championships, national championships in 1976, 1980, and 1984, and won the Bands of America Class AA regionals three times and the Grand National Class AA first place in 1990.

Jack retired from the program in 1996. He continues to participate with the WG Marching Band Alumni Association by coordinating the alumni reunion that takes place every five years.

Jack is married to Kandy Jones Daley, a 1969 Graduate of West Genesee and a member of the marching band’s color guard.